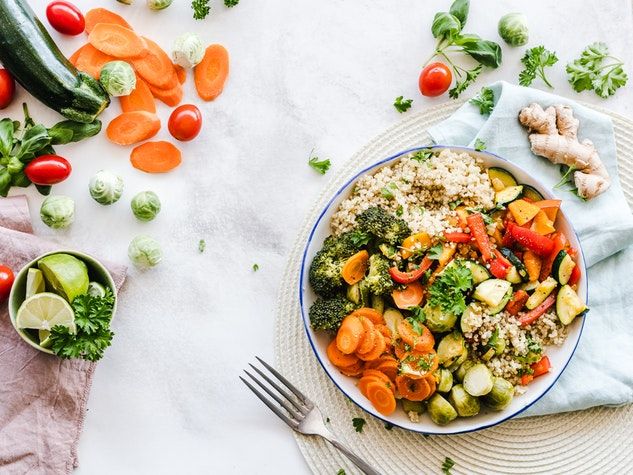 Is the Mediterranean Diet the Best Choice?

Update January 2022: For the fourth year in a row, the Mediterranean diet has been named the best overall diet by the U.S. News. It also ranked first as the best plant-based diet, best heart-healthy diet, best diabetes diet, best diet for healthy leaving and the easiest diet to follow. The U.S. News diet ranking is now in its 12th year. Experts gathered this year ranked 40 diet plans.

The Mediterranean diet has long been recognized for its protective effects against various chronic diseases including cardiovascular diseases, metabolic syndrome, obesity, type 2 diabetes, several types of cancer and degenerative diseases such as Alzheimer’s. With the emergence of new dietary trends such as the ketogenic diet and intermittent fasting, is the Mediterranean diet still among the best choices?

U.S. News evaluated 41 popular diets and ranked them according to different criteria. More specifically, it consisted of a panel of nationally recognized health experts who gave their opinion on diets according to seven criteria: ease of application, ability to generate weight loss in the short and long term, inclusion of all nutrients, health risks, and potential to prevent diabetes and cardiovascular disease. U.S. News then created categories and named the “best” diets for each category.

Results of the analysis

What is the Mediterranean Diet?

The Mediterranean diet is characterized by a high intake of plant based foods, namely whole grains, vegetables, fruits, legumes, nuts and olive oil. It also relies on regular consumption of fish and poultry, as well as a moderate consumption of red wine, dairy products and eggs. In addition, it is distinguished by a low consumption of sweets, red meat and cold cuts. It is represented by a pyramid. 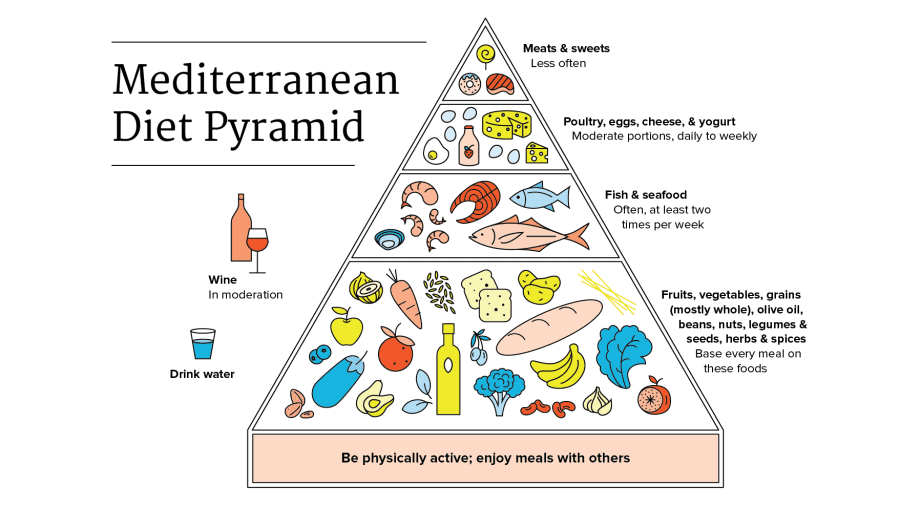 What are the arguments in favor of the Mediterranean diet?

Kathryn completed degrees in kinesiology and nutrition, as well as a Masters in Sports Nutrition. She is a member of OPDQ and of the Academy of Nutrition and Dietetics. She ran track and cross-country at a national level. Kathryn specializes in sports nutrition, weight loss, diabetes, as well as heart and gastrointestinal health. Kathryn is experienced with the low FODMAP diet and she completed the Monash University low FODMAP dietitian's training.

3 comments to “Is the Mediterranean Diet the Best Choice?”

Is it possible to get a name of a book for the Meditterranean that would give meal plans per day or week or month plus recipes. I have difficulty figuring out a menu, I get so overwhelmed. I am 68 yeas old and had a stroke in August. I am recuperating well but need help in the food department. I exercise regularly but could lose some weight. I hope you can help me.
Thank you
Louise Sanchez

Hello Louise,
I would not know about books, but we can definitely help you with our meal plans. If you have some kilos to shed, try our Weight Loss meal plans: https://www.soscuisine.com/meal-plans/weight-loss/

Thanks for your help! 🙂