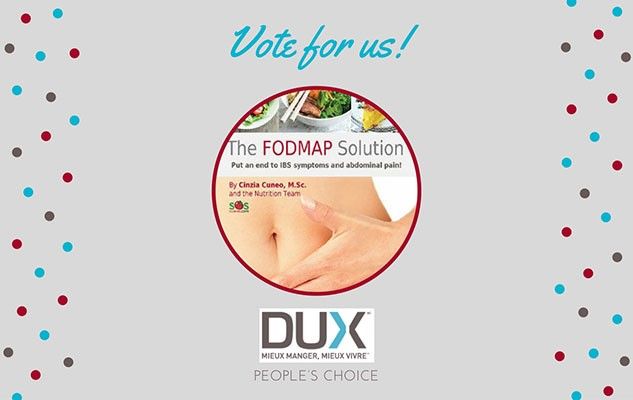 DUX Contest: Vote for Us

For two years, our entire team has been hard at work to bring you information on the low-FODMAP diet: we’ve published a recipe book, created customizable menus, invented low-FODMAP recipes, hosted a Facebook Support group, etc. As you can see, at SOSCuisine, helping the 5 million Canadians affected by irritable bowel syndrome is important to us!

And if you too believe in our project and want to help 15% of the population get rid of stomach aches, this is your opportunity to show your support by voting for us at the DUX contest public vote! 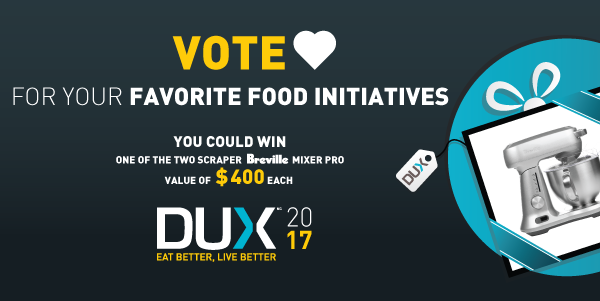 Find out more about our project “The FODMAP Solution: Put an End to IBS Symptoms and Abdominal Pain”

The project “The FODMAP Solution: Put an End to IBS Symptoms and Abdominal Pain” is aimed at all people affected by irritable bowel syndrome (IBS) or other functional digestive issues. Irritable bowel syndrome affects 15% of the population, around 5 million Canadians. It’s the most common gastro intestinal issue in the world.

IBS is a chronic and debilitating illness that affects both men and women, no matter their age, way of life or status. The risk that a Canadian will develop IBS at some point in life is 30%. 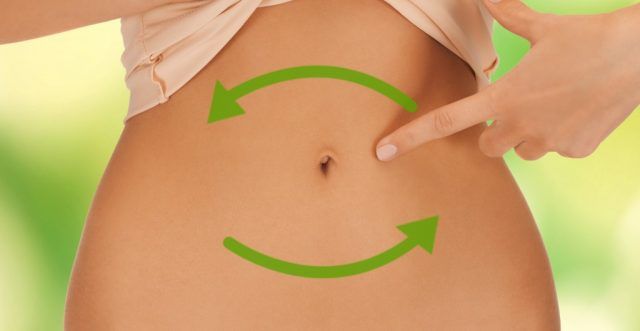 Irritable bowel syndrome dramatically alters quality of life. Affected people have to deal with the following chronic symptoms every day: abdominal pain, bloating, disrupted bowel movements (diarrhea and/or constipation). The repercussions are felt in all aspects of life (work, hobbies, sexuality and, of course, diet) and, being that digestive health is still a taboo subject, very often cause social isolation. 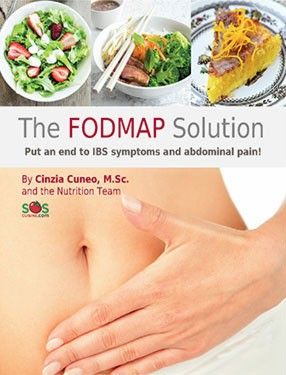 “The FODMAP Solution: Put an End to IBS Symptoms and Abdominal Pain” by Cinzia Cuneo and the nutrition team at SOSCuisine.com

Until the arrival of the FODMAP Method, there was no efficient treatment to help all these people. The FODMAP Method (Low-FODMAP Diet) was suggested in 2005 by two researchers of the MONASH University in Australia. Since then “research has demonstrated that the low-FODMAP diet is efficient in 75% of cases to considerably diminish irritable bowel syndrome symptoms.”*

At SOSCuisine.com, we wanted to contribute to improving the quality of life of people affected by IBS. Thanks to our extensive expertise in dietary planning, we launched the project “The FODMAP Solution: Put an End to IBS Symptoms and Abdominal Pain” to spread the FODMAP method to everyone who could benefit from it. This is perfectly aligned with our mission, which is to help people achieve better health thanks to an adapted diet.

We have therefore summarized and simplified this method by creating tools and resources that help those affected by IBS to eat better with the FODMAP method, without neglecting neither taste nor health. We do this through our low-FODMAP recipe book and online resources: menus, shopping lists and nutritionist support (private consultations or via Facebook Group).